While we are all stuck indoors waiting for things to blow over we thought this might be the perfect time to have a chat with Fatum’s sponsored rider Yolanda Hopkins who has been slaying it recently.

When we say sponsored, we mean that Yolanda likes riding our boards and the way Gero builds them and those are the ones she chooses to ride.

The first time I met Yolanda was when she came to pick up some of her pro-model boards from Gero in Peniche with her trainer/manager/sensei John. John owns a ‘boot camp’ for surfers near to Sines in the south of Portugal called ‘Pig Dog Surf Camp’ and trains Yolanda full time too.

Yolanda is a ball of energy and John is a taskmaster of a trainer, to say the least. I spent the day with them and was amazed at what I found out. Better than me telling you, we thought we would ask Yolanda a few questions. You are welcome.

Fatum: Hey Yoyo, welcome back to Portugal, where have you just come back from, and what happened there?

Yoyo: Hey James, I have just come back from Australia and New Zealand. While in Aus I took part in four competitions, I really think that on that run, I started to show the surfing world my true potential. I entered my first WQS 10,000 there and I did good, but could have been better. The second comp in NZ got cancelled die to COVID-19 which sucked as it’s an awesome and beautiful country to visit. I can’t wait to go back after this is all over.

Fatum: When did you first surf, how soon after that did you know you wanted to go pro?

Yoyo: I started surfing when I was eight years old and I think I knew as soon as my feet hit the board that I never wanted to let go of that feeling.

Fatum: How did you meet John and then eventually Gero?

Yoyo: That’s a good one. I used to take part in regional comps in the Algarve (Southern Region in Portugal) and John was training another surfer at the same comps. We got talking and he mentioned he ran a boot-camp for surfers and I should come and stay with them for a summer. The rest is history and it kind of evolved into what we have now. (sensei/trainer)

After a few years, John saw me progressing and thought that perhaps he should introduce me to Gero and his ‘magic boards’. 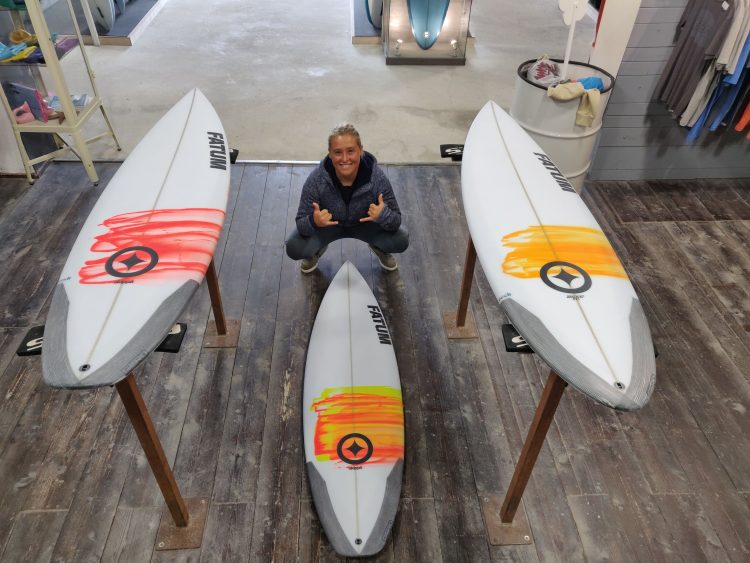 Fatum: Why do you like to ride Fatum Surfboards?

Yoyo: It’s simple, they are the best boards I have ever used. When I compete, they give me reassurance and confidence that allows me to perform.

I know the time and love that Gero puts into each of my boards. He is constantly trying to improve them to help me get more out of them. John, Gero and me talk a lot about the details of what exactly worked or didn’t work.

Fatum: What is the most difficult and frustrating thing about your job?

Yoyo: I can’t complain too much really. Sometimes it’s really frustrating when I don’t get the chance to do what I know I can do on a wave or in a heat. Also, I lack a major sponsor despite being the current Portuguese national champion. Sometimes that weighs on my mind, I have to win to afford to travel and make it to the next comp. Sometimes it’s a lot of pressure.

Fatum: Are you going to be World Champion one day?

Yoyo: Absolutely, all I need is the right help getting to places and showcasing to the surfing world what I can achieve.

Fatum: What is the best moment you have ever had in the water?

Yoyo: I’ve had a few good ones. When the final buzzer went at the Boardmasters comp in Newquay (UK) and I won the whole thing. That was an amazing feeling.

When I almost beat Carrissa Moore in Japan, that was cool. It was very close and to know I could almost beat the World Champ gave me a lot of confidence. 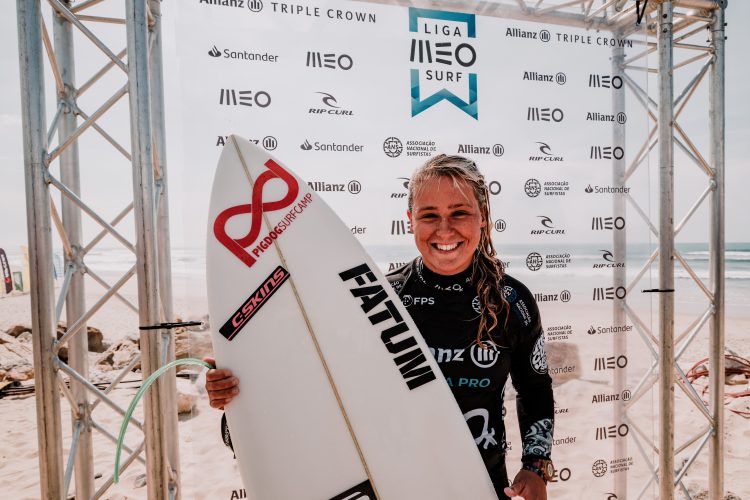 Fatum: Do you have any advice to groms looking up to you?

Yoyo: You should go and surf and have fun but understand that if you are going to choose it as a career there is a lot of hard work ahead of you and you have to give it 100%. Never let go of that feeling.

Fatum: Thanks a lot to Yolanda for her time, we know it is precious. We’ll be watching with bated breath when the next lot of comps resume.

After having met her in person I can vouch for her belief that she will be world champ one day, she is a force and I pity anyone that thinks they can get in her way.

Watch this space and of course, stay safe in these strange times…